Skip to content
When New Zealand exporters first introduced the kiwifruit to the United States in the 1950’s, they had a big, image problem: The kiwi is ugly… really ugly. 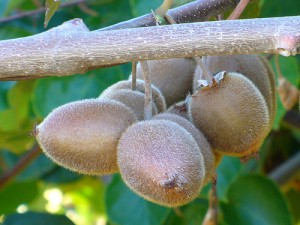 With a fibrous, dull brown-green skin, kiwi was unappealing, far from mouth-watering. So what, if it’s fun to eat and pretty inside? Few people ever saw its bright green and yellow flesh with tiny, black edible seeds. No one cared that it had a yummy, unique taste. Imagine a strawberry, melon, and banana all rolled up in one.
Resistant consumers rarely got past the drab outside look of the fruit, and grocers were naturally reluctant to stock much of an item that rarely sold. Sounds just like casinos reluctant to invest in poker rooms prior to the game’s boom.
Relegated to an obscure area of the produce isle, the poor, unappreciated kiwi just sat there and mostly rotted. Even 60 years ago, people knew we eat with multiple senses, and that our taste buds are often the last to be engaged in the dining experience.
It was obvious. Kiwi had a serious image problem.
The solution? Change the image.
How? It wasn’t as if you could buy new clothes and change its look. When viewed just from the outside, the kiwi would always be an ugly, little fruit. That fact was indisputable.
Twenty years passed, and kiwi was still a little, ugly fruit hidden away in a dark corner of the supermarket. Then a group of college students came up with the answer. I’m proud to say I was part of that team at North Texas State University, now UNT.
As a financially challenged undergrad in my tenth year of a five-year degree in advertising, I welcomed ways to combine income production and studies. My work-study class formed an ad agency, and against all odds, we won a contract to change the image of the kiwifruit.
The story of how the campaign evolved is a riot, more like Animal House meets the Abbott and Costello baseball sketch "Who’s on First." For now, let me bottom-line it. Since it was obvious kiwi had a crappy image, we knew we had to confront its biggest flaw and help people think of it in a different way.
One guy’s comment, "At closing time, everyone’s a 10," prompted the focus of our campaign. Our slogan realigned how people thought about kiwi and triggered its rise to popularity: "Kiwi. Ugly is only skin-deep."
Poker‘s image, just like the kiwis, dramatically improved over the last decade as a household hobby exploded into a global phenomenon. On February 20, 2009, Associated Press announced, "An estimated 55-million Americans play some form of poker." Other online sources report upwards of 100-million worldwide, college age through senior citizens.
Unfortunately, even with the game’s rise to the level of an international, competitive sport, an old image of smoke filled back rooms and illicit activities still lingers. I intend to be part of the force that alters this perception. Poker is finally coming out of the shadows into full legitimacy.
Ugly is still only skin-deep. Poker is like a kiwi… it looks a lot different once you see and experience the real inside.