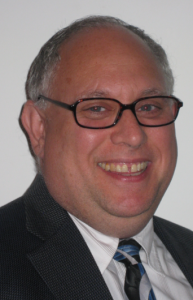 Since I live in Florida, I just got this email from Poker Players Alliance's Florida State Director, Martin Shapiro, about what is brewing with my rights to play poker in Florida. It makes me shutter to think that legislatures could do this. I just called my Florida state senator, who is sitting on the commitee that is dealing with this.
If you live in Florida, please take the time to read about this and take action. I left two links in this from the email. The first is directly to the proposed legislation S. 812. The second is to a Poker Players Alliance Action Center where you can send an email to the Florida state senator directly.
This is what Martin's email said:
"On Wednesday, March 16th, the Florida Senate Regulated Industries Committee will hold a hearing to vote on S. 812, a bill that will create an intra-state regulation scheme in Florida for online poker. The proposal would create a state-sponsored monopoly which would be a huge step backwards for online poker players in Florida.  This proposed legislation, should it pass, would strictly curtail Floridians ability to play online by limiting who you play with to only Florida residents. Ultimately this means fewer players, fewer games, fewer stakes/limits and less opportunity for you to play poker how you want, when you want.
Live in Florida – This is What You Can Do!
Please take 60 seconds to do the following: Call your State Senator Sen. Charles S. Dean, Sr. who sits on the powerful Senate Regulated Industries Committee at (850) 487-5017 today and tell him/her:
Secondly, click here to send an email to Senator Sen. Charles S. Dean, Sr. outlining your concerns about S. 812.
Thanks for standing up for your poker rights in Florida. The PPA will be closely monitoring the situation and will keep you informed as it progresses.
P.S.  It is very important you voice your concern before this hearing!  Please act today to defend our ability to play TODAY.
————————————————
Background
First, what does "intra-state" poker mean? Today, when you play online poker you compete with other individuals from across the United States and the world. Essentially you are part of a multi-million person global network of poker players. Under the "intra-state" model being pushed in Florida, your play would be limited to only other Florida residents. Ultimately, this means fewer players, fewer games, fewer stakes/limits and less opportunity for you to play poker how you want, when you want.
Of greater concern, however, is the idea that the intra-state poker model being discussed would eliminate the various Internet poker brand-names you know and play with today and replace them with a sole provider of Internet poker in Florida (at best there would be two provider platforms). So, not only would you have less people to test your poker skills against, but you would be forced to play on only one Website or platform. From a consumer standpoint this is a definite step in the wrong direction. It limits choice, destroys the competitive marketplace and dramatically reduces the need to provide player incentives like rake-backs and bonuses.
To be clear, the PPA does not oppose state-based licensing and regulation of Internet poker. We strongly believe that a regulated marketplace will provide a better experience for the Internet player. In fact, that is why we have invested so much time and so many resources to push the U.S. Congress to enact a sensible federal policy of licensing and regulation. We are concerned, however, when state proposals, like the one being contemplated in Florida, seek to cut Internet players off from the rest of the world and limit their choice in the marketplace."
Thanks for taking the time to read this and take action.
Until next time, remember my motto…
If you can't raise, don't call.
Donna Blevins
Poker Mindset Coach